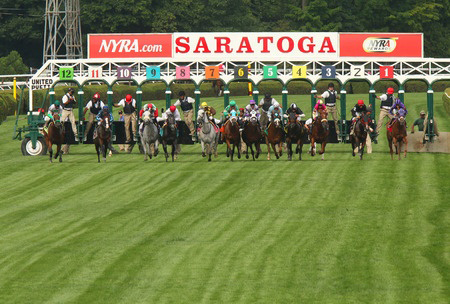 Ever wanted to visit Saratoga? Well, that’s something you might want to look into any time over year because the weather is amazing and there is a ton to see and do in this magnificent destination!

Saratoga Springs, New York is a city well known for its opulence and natural beauty. It is important to note that there is another town called Saratoga that located within the proximity of Saratoga Springs.

Situated north of Albany, Saratoga Springshas a population of rouighly 27,000 people. And, just this year, Saratoga Springs made it to a list titled “Top 10 Places to Live in New York State”. The list was compiled by real estate company Movoto.

The modern history of Saratoga Springs goes all the way back to the year 1819. It was during this time that the area was used as a settlement. From there, it evolved into a village, and eventually, a city. Once the Saratoga and Schenectady Railroad was finished in 1832, it was not long before Saratoga Springs became a famous resort destination flocked to by dozens of travelers. Numerous resort hotels and other commercial developments were established in order to serve these travelers.

Once the 1800s rolled around, renowned physician Dr. Simon Baruch popularized the concept of proliferating European-style spas in America. Due to the sheer number of mineral springs in the area, the development of Saratoga Springs as a world-class spa was soon underway. Because of this, a significant number of five-star hotels (e.g. United States Hotel, Grand Union Hotel) were erected in the city. Tourists and travelers have started to take notice and was the start of its success.

The city of Saratoga Springs is largely dependent on tourists in order to keep their businesses flourishing and the economy afloat. This is especially true during the summer season. It is at this time that the Saratoga Race Course is up and running. There is no shortage of both national and international brands in the city. Local boutiques are not absent as well. Saratoga Springs is often visited by the Albany population for its high-end retail offerings.

How About Those Springs?

Going back to its springs, there are those that say that they actually contain healing properties. They can be found all across the city. The springs differ in terms of location and covering or markings, and the same can be said about their tastes (i.e. salty, fresh, mineral-laced).

View all posts by Brian Graham